As if Steeler Nation needed prompting to go wild when it was time for Jerome ‘The Bus’ Bettis to be enshrined in the Hall of Fame in Canton, Ohio… 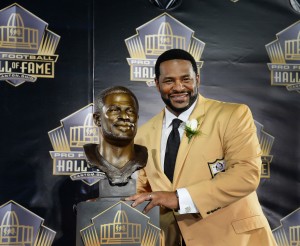 And, then Jerome started a chant Steeler Nation is very familiar with…

Here we go Steelers..Here we go!

And, while it did not seem possible, the crowd noise became even louder!

Bettis then talked about being traded to Pittsburgh…the day every Steeler fan remembers fondly:

“I got traded to Pittsburgh, and the love  (for football) came back.”

He also had a message for Mr. Rooney:

“Mr. Rooney, thank you for believing in me. For seeing the person I am first, & the football player second.” 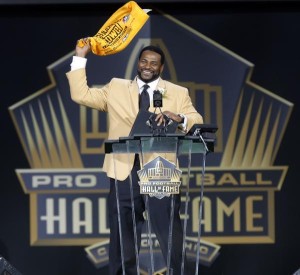 And, a message for Steeler Nation:

“Thank you for making me part of the family!”

Listen to his whole speech HERE. 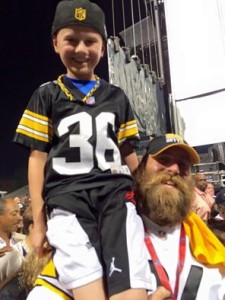 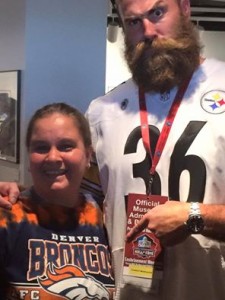 This photo was posted by actor and Pittsburger Joe Manganiello: 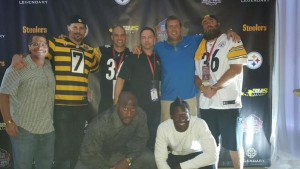 Thank you so much to all of you who sent photos with the wonderful messages!

You can view them HERE.