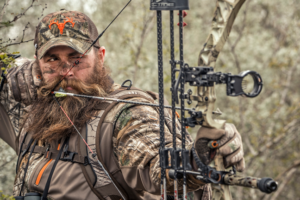 The Steelers had just suffered a gut-wrenching Thursday Night Football loss to the Tennessee Titans. A Friday team meeting — filled with somber faces — wrapped up with enough time for defensive end Brett Keisel to catch the last bit of archery-season daylight.

Shortly after reaching the woods, Brett heard a grunt and immediately dropped to his knees. He spotted a mature 8-pointer feeding, headed in his direction. The brute gave him a 20-yard broadside shot, and Brett watched him fall seconds after his arrow made contact.

“That good, clean kill came at a time when I needed it the most,” he said.

Over the years, he’s found solace and a source for dealing with stress, anxiety and depression in bowhunting.

“It’s an exhilarating feeling that gets your heart pumping,” said Brett.

Round 7 brought Steelers some good players

On December 28, the Steelers take on the Bengals…