Dick LeBeau has resigned his position with the Steelers: 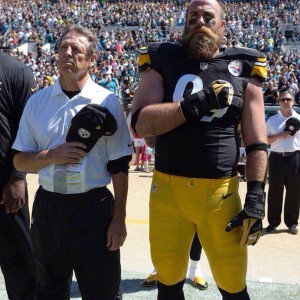 How lucky are we!? HOF player, World Champion, and ALL WORLD PERSON! Thank you my friend, my coordinator, MY COACH. — Brett

If you don’t want to be Dick LeBeau when you grow up, you’re doing it wrong.

LeBeau had been with the organization for 16 seasons, including serving as defensive coordinator from 1995-96 and from 2004-14. He was also the team’s secondary coach from 1992-94. In his 13 years as defensive coordinator the Steelers have finished in the top-five in total defense 11 times, five of those times the team had the top overall ranked defense.

In his 13 seasons as the Steelers’ defensive coordinator, the team won seven division championships, four AFC Championships and two Super Bowls, while making the playoffs a total of nine times. (Steelers.com)

To say Coach LeBeau is loved by his players is an understatement. He was affectionately referred to as “Coach Dad” by the players.

Just heard Coach LeBeau is out as Steelers DC. A true living legend, and great person. He’ll be missed, because he was more than a coach. — Max Starks, former Steeler.

What a sad day… Coach LeBeau resigning from the Steelers. He was simply the best! — Chris Hoke, former Steeler.

When Mr. LeBeau was inducted into the Hall of Fame, the team accompanied him to show their support. 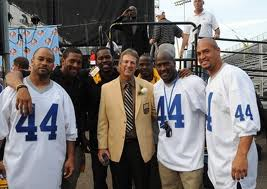 The respect the Steelers organization and players have for Coach LeBeau was clearly evident in Canton tonight. The Steelers shut down training camp and traveled by bus to Canton to watch their coach and friend inducted in to the NFL Hall of Fame. Many defensive players, including Brett, wore LeBeau’s jersey to honor him.

If you missed Coach LeBeau’s speech, you can click here to watch it.

Trust me, it was a genuine from-the-heart speech. He found a way to encompass his whole career, mentioning so many of his teammates, players and coaches. It is easy to understand why his players are so unselfish..they learned it from their coach. A truly classy man.

“Ah, man. It’s such a blessing to be a part of something like this. Coach LeBeau means so much to all of us. For the Rooneys to allow us to come here tonight, it’s just incredible.” — Keisel 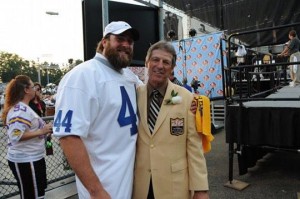 “To be able to have his influence in my life the last nine years has been one of the biggest blessings in my life. We all love the guy to death and we are just blessed to be part of this. It’s been a special night I mean Coach not only was he a great player, he’s also a great coach. On top of that he’s a great man.” — Brett, from a 2010 interview. 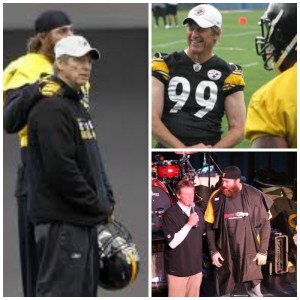 The Steelers were blessed to have Dick LeBeau for 13 (total) seasons. His departure certainly announces the end of an era for players, coaches and fans.

We salute Coach LeBeau for his many contributions and accomplishments, both on and off the field. Thank you for the great defenses, AFC Championships and Super Bowls. More importantly, thank you for helping to mold some of the best football players on the field and best men off the field. Classiest guy ever!