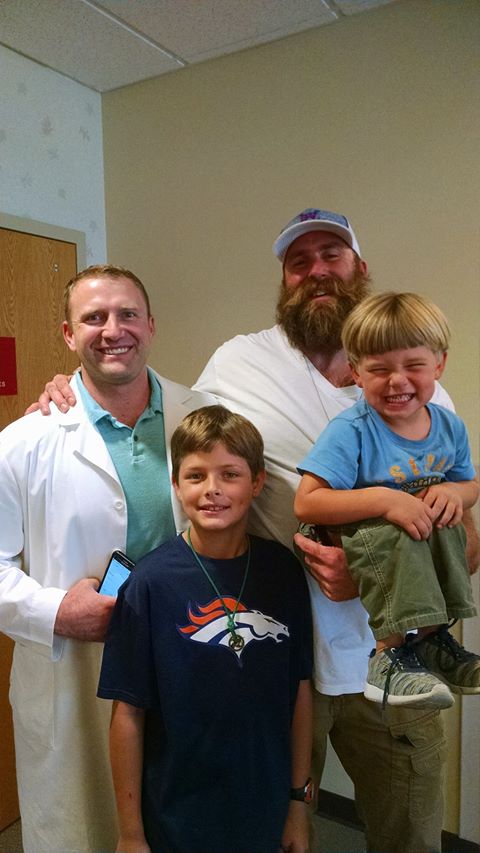 Brett is amazing with kids! My spunky three year old son climbed on him like a monkey in a tree! They were instant friends! Brett had him chanting, “Go Steelers” by the end of our brief encounter! It was awesome to see him interact so beautifully with our children! He even teased my one son about the Denver Broncos shirt so much that he went home looking for his Pittsburgh Steelers t-shirt and announced that both teams: Steelers and the Broncos were his favorite teams!! He just wished he could have explained that to Brett!

We’ll make sure Brett knows he added a new member to Steelers Nation!

‘It needs to happen now’